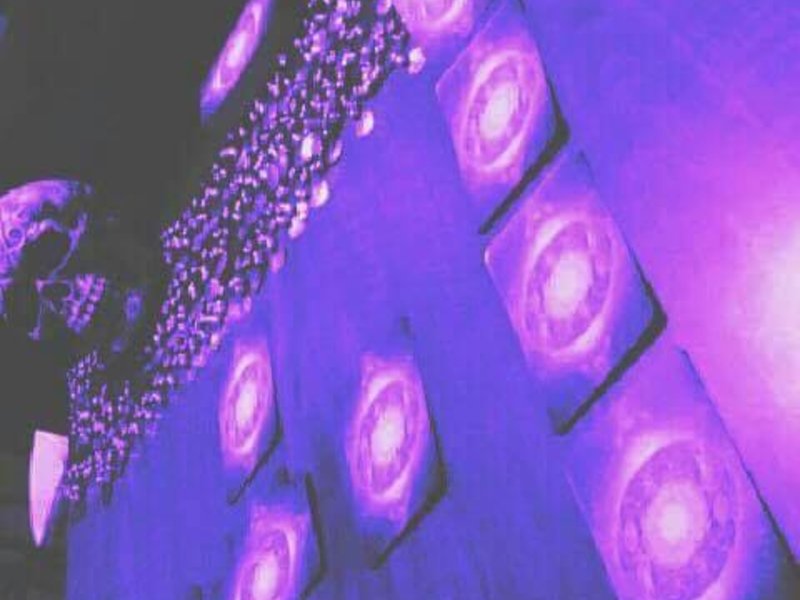 Position 1 – What Covers – ‘This Card gives the influence that is affecting the person or the matter of inquiry generally, the atmosphere of in which other currents work. This Card Highlights the issue and the attitude surrounding it.

Position 2 – What Crosses – ‘It shows the nature of the obstacles in the matter. If it is a favorable card the opposing forces will not be serious, or it may indicate that something good in itself will not be productive of good in the particular connection. This Card shows the challenges, obstacles or blocks that need to be resolved in order to move the issue forward. A positive card can suggest that the challenge is not that serious and can be easily overcome, or that what is perceived to be a blessing or helpful to the issue, will not turn out to be. It might result in being counter-productive to the aims of the Querant. Give this card some thought as it does present a challenge of some sort.

Position 3 – What Crowns – ‘It represents (a) The Querant’s aim or ideal in the matter; (b) The best that can be achieved under the circumstances but that has not yet been made actual’. - This Card shows the goals, dreams, desires and aspirations the Querant has consciously set. It is what is hoped to achieve, the best possible or Ideal Outcome. This also reflects the Higher Self, The Higher Good.

Position 4 – What is Beneath – ‘It shows the foundation or basis of the matter, that which has already passed in actuality and which the Significator has made his own’. –This Card reflects the Subconscious/Unconscious urges that have influenced the situation. It delves deep into the underlying forces controlling the feelings, thoughts and actions of The Querant. This card can reveal the shadow self or conditioning from childhood. It is what has formed the energy around the issue or personality. It is normally deep-seated, and if a Reversed Card,will prove tricky to resolve, as it will be directly affecting the situation. If the Card is Reversed, it is unlikely the Querant has been aware of the underlying internal forces driving the situation. If the Card is in opposition or blocking the Desired Outcome in Position 3, The Querant will need to reprogram their mindset through positive affirmations and other methods.

Position 5 – What is Behind (This Position to be swapped with position 6 if Significator is looking to the left) – ‘This is behind him. It gives the influence that has just passed, or is now passing away’. – This Card shows the past, recent past, or an event from the past that has led up to, or brought about the situation. It is likely to highlight how blocks or challenges may have come about. It may also throw some light on the underlying driving forces in Position 4.

Position 6 – What is Before – ‘This is before him. It shows the influence that is coming into action and will operate in the near future’, or is now passing away’. – This Card shows what will come into being in the future, which could be weeks or months. It is how the situation or issue will develop or be influenced in the near future.

Position 8 – His House – ‘His environment and the tendencies at work therein which have an effect on the matter – for instance, his position in life, the influence of immediate friends, and so forth’. – This Card gives an overview of the atmosphere surrounding the issue or situation. It will include other people’s opinions and perceptions, family and friend’s views or attitudes, other’s influences, external trends. This card generally shows things that are largely outside the control of the Querant.

Position 9 – Hopes and Fears – ‘Gives hopes and fears in the matter’. – This Card shows the Hopes and Fears of the client surrounding the issue or situation. If this is a positive card, it can suggest that deep down, the Querant is optimistic and has a positive attitude. However, if this card is positive but seems out of place with the rest of the cards, it may suggest the Querant is entertaining unrealistic hopes or that they are hoping for something which is not in their best interest. One must be careful of what one wishes or hopes for. It might not appear as attractive or desirable in reality. If the card suggests Fears rather than Hopes, the Querant does not hold out much hope for a positive outcome. Their fears may be un-grounded. They may also be fearful of success.Hopes and Fears can be complex and intertwined. It is best to look to the rest of the Spread for more insight and see if they align with any of the other cards. For example, if the card suggests Fear rather than Hope, and the Card in Position 3, The Subconscious Urges, shows a negative influence, then that is where the underlying fear in probably coming from. If it lines up with the Card in Position 2, The Challenge, or Position 5 The Past and it is a stressful card, there may be a connection. If the Challenge/Cross Card is positive and the Hopes and Fears appears more like a Hope than a Fear, remember what Waite mentioned about apparent positive Challenge Cards still being a challenge, or that what one thinks is helping, will not. Then it may align well with Hope Card in the same manner. What one is hoping for may not be ideal or productive. Its a tricky one to work with so you will have to tune in as much as possible. This is where a two way flow of communication with The Querant is necessary.

Position 10 – What Will Come – ‘is what will come, the final result, the culmination which is brought about by the influences shewn [shown] by the other cards that have turned up in the divination’. - This Card shows the Probable Outcome of the situation or issue based on the current actions and mindset of the Querant. It shows the natural outcome of events should the Querant continue on their current path. To forecast a Favorable or Positive Outcome, this Card should ideally align harmoniously with Card 3, The Ideal Outcome to indicate the Querant is on the right path to achieving their Desired Outcome. This means both Card 3, and Card 10 should be Upright (unless the reversed aspect is more positive). Although no guarantee, it indeed looks very promising.

Reversed Cards in Position 10 suggests blocks and setbacks to manifestation of Desired Outcome. More effort will need to be applied by the Querant, and in some cases, it is time to let go of what one is questing after (the surrounding cards should provide supporting evidence of this). If the Card that presents in this position is undesirable, the Querant can in some instances take steps to change the Outcome. This could be brought about by paying heed to the Action/Advice Card or making some necessary changes. An unwelcome Outcome Card can suggest the Querant will not act on the Advice/Action Card given in Position 7. A Major Arcana Card in Position 10 carries much weight and suggests strength and fixed energy in the Outcome. Should it be Reversed and unwelcome, the Querant will find it very difficult to rectify the situation as its energy will be quite fixed.

Remember, there are some Outcomes that will be unwelcome no matter what and there may be very little the Querant can do about it. For example, the relationship he/she desires to succeed may be totally out of his/her control if the other party involved has decided it is finished. Also the Outcome for someone who is terminally ill or very old is also going to be impossible to change no matter how much the Querant wishes and hopes. There is only a certain amount that can be done, except a possible change of attitude to the Outcome; an acceptance for instance that one cannot make things better and must let go. For some issues, there is no going back and no way of changing things around for a better Outcome. This must also be accepted.

Throughout the many years of self teachings, the cognitive ability to read the cards for others came naturally. Providing insights to folks by giving them a different interpretation of something they may be trying to understand better has been a blessing to provide.

Tatianna received session of Tree Of Life Spread from Tarot

Adam received session of The Celtic Flowers Spread from Tarot

Nov 05, 2017
Thank you for providing a reading using The Celtic Flowers spread and the invite to Simbi!
Kerstin Fläschel

Nov 05, 2017
I hope I could offer some insight. Thank you for your interest.
Bonnie Sayers

Oct 26, 2017
A very informative reading which confirmed some feelings I already had and also illuminated some other aspects. I deeply appreciate all the informatio...n and links provided to do more research into the cards as well as the numerology component. Thank you so much!show more
Kim Gosselin-Robert

Oct 23, 2017
He was awesome! He did great and I am certainly going to get another reading soon!
Priscilla Whittingham

Priscilla received Help with Looking for a new tarot deck! from Tarot

Oct 12, 2017
Thank you so much for the exchange. The card was spot on and being able to connect with your energy was my pleasure!
Christine Hillman

Oct 05, 2017
Wonderful. Very responsive and does great in depth work! 😊 Positive experience for my first reading! 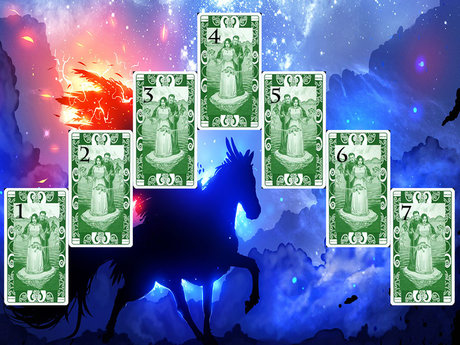 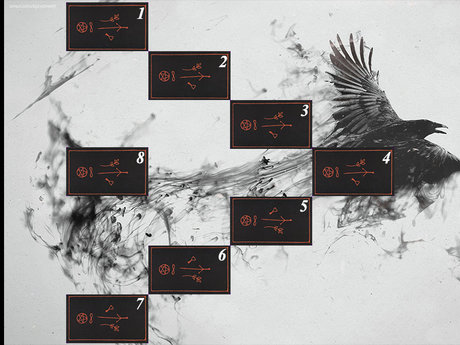 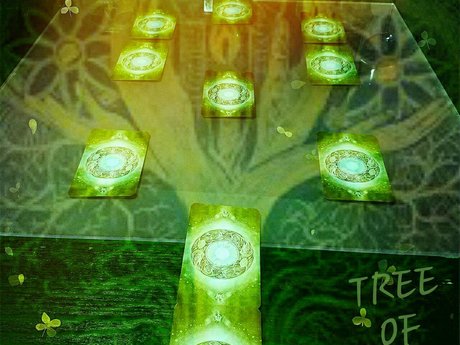 Tarot O. | Orlando FL
(10)
Tarot is requesting
Readings In Exchange For Website
Tarot Of The Day is currently seeking someone who is knowledgeable in website design that can create a responsive and well put together design. I have recently bought a domain name that is now mine...
Willing to pay 1 ● 10 reviews
Tarot Of The Day is excited to use Simbi to help educate others in the art of Tarot in exchange of services to help grow Tarot Of The Day in the local community! Tarot Of The Day is interested to ...

Tarot O. | Orlando FL
(10)
Tarot is requesting
Tarot Of The Druid XXI The World
Hey folks! While I was out doing one of my local tarot events, it seems as though one of my cards have been misplaced. The card that was misplaced was from the Major Arcana and it's called, "Th...
Willing to pay 50 ● 10 reviews
Tarot Of The Day is excited to use Simbi to help educate others in the art of Tarot in exchange of services to help grow Tarot Of The Day in the local community! Tarot Of The Day is interested to ...

About Tarot Of The Day

Tarot Of The Day is looking for: