Aww! Deslee has given 2 members the warm and fuzzies.

I love the idea of a moneyless economy!

I took a winding and unexpected road on this journey to get to where I am now and it’s magic keeps unfolding out in front of me.

Fast forward to the time in my life I unwittingly began my plunge down the rabbit hole and entered a world I had always felt was there but had no philosophical concept to wrap my head around. A world where magic actually exists. s a child, I was an international level competitive athlete. In hindsight, I can see that this was a necessary training for me to really ‘get into’ my body and reach its outer limits. At this time I also learned about how one’s energy and emotional state affects the outcome of one’s body, although I didn’t know it at the time.

Twelve years ago, that plunge into magic inspired my studies in Traditional Chinese Medicine where I learned how to work with ‘Qi’, the animating force of all existence. This work provided the wisdom and words to understand something I had felt in my body all along.Traditional Chinese Medicine also brought me back from disassociation of my natural feminine rhythms and cycles - something that is conditioned early on in an athlete.

I then took an abrupt but fortuitous tangent in my quest to understand life and moved to Peru to begin an initiatic and apprenticeship process with the Grandmother and Grandfather teachers there. When I returned to Toronto two years later, I sought out ceremony and sisterhood as support.

In 2014, I was invited to participate at a Moon Dance here in North America. There, I was introduced to more Grandmothers and the way of the Moon Dance which continues to guide me on my way. Becoming a mother and progressing now with the conception of our second has been a direct result of the Moon Dance path.

I aim to live each day mindfully while staying connected to the Dance of Life. It makes my heart sing to share that Dance with others. 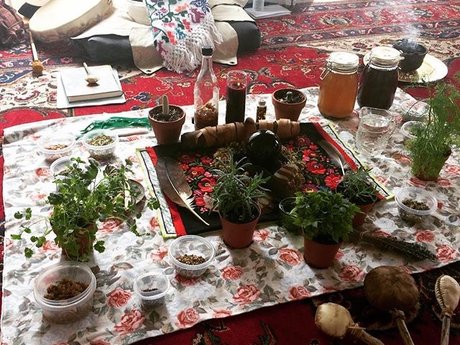 I love the idea of a moneyless economy!
Deslee M. | Toronto ON
(N/A)
View

Andrea sold The Fun of Baking Bread! - Ebook to Deslee

Share
May 19, 2017
Deslee was enthusiastic and there was great communication throughout. Thank you Deslee!!