Aww! Brooks has given 5 members the warm and fuzzies.

is a network for people looking to exchange talents, skills, and services.is a talent-exchanging network. MoreHow it works » 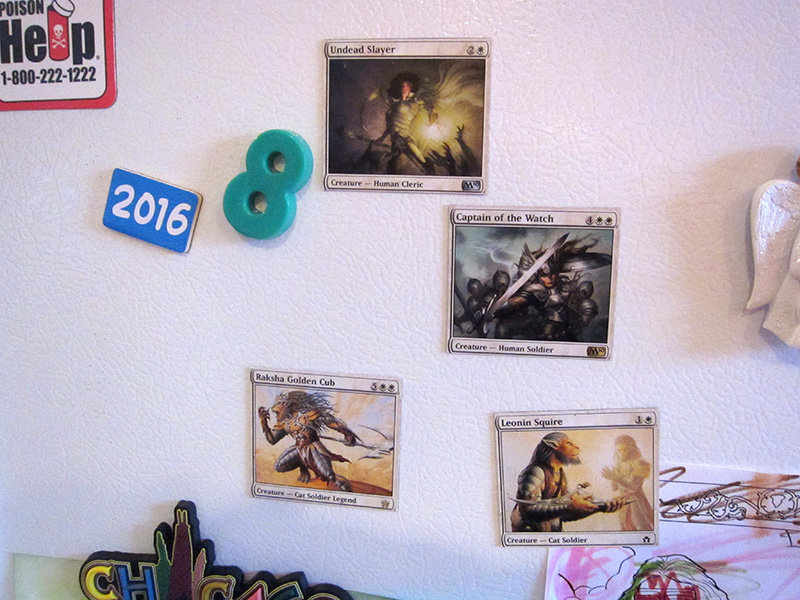 Set of four magnets created from actual Magic: the Gathering cards! These magnets are the name, art, and type lines of the trading card trimmed and mounted as a magnet.

These magnets are made-to-order; the photograph is examples, and the cards you'll get will likely be different. When ordering, you can pick which types of cards you'd like to be featured on your magnets. Pick from one of the core colors of the Magic: the Gathering game (White, Blue, Black, Red, Green, Multicolored/Gold, Land, or Colorless), or pick a particular type of creature to be featured.

You can also pick based on general card age and frame style. Magic cards have had three main types of card frames over the years:

You will have to pay $5.00 to cover the cost of shipping

Sep 11, 2017
Brooks is awesome to work with! The magnets turned out great!
Iya Frazee

Jul 10, 2017
The magnets look gorgeous, I was so happy to get them. Also the bookmark is an actual card! I got a powerful dragon 🐉 😍😍
Michelle Lynn

May 14, 2017
Brooks was very thorough in giving me what I asked for. The fridge got a little more magical today!
Nikki Fortney

May 09, 2017
The magnets I got from brooks were great!! Came quickly and we're packed with care!! Look forward to dealing with brooks again!!!
Melissa Fuller

Apr 03, 2017
Sorry it took me so long to respond. Didn't jump on here over the weekend. They arrived and my man loved them. Thanks :) Cool idea, may need to get mo...re so I can play against him on the fridge. show more
Chakana Creations

Chakana received package of Design a "Basic" Logo from Brooks

Sep 08, 2018
Straightforward communication, accurate feedback. We are happy with the exchange.
Shandra Plourde

Trading small favors for small favors seems much more direct and good use of everyone's time, and lets everyone keep doing what they love! 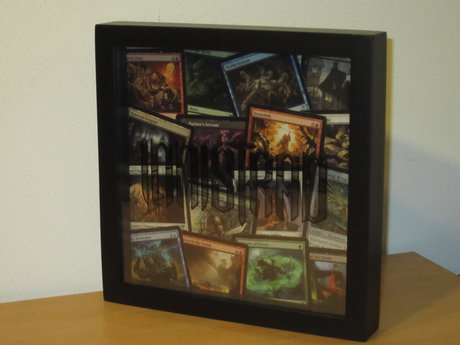 View
The Magic: the Gathering trading card game releases cards in themed sets, which can also be grouped together with other sets to form a "block". Each set and block has its own distinct theme, from t...
Brooks B. | Madison WI
(90) 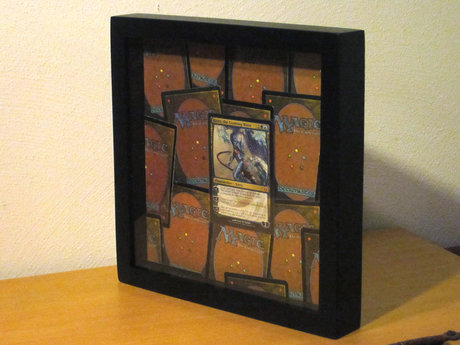 View
Have you got that prized Magic: the Gathering card that you just love telling the story of how you acquired it, or that you just love seeing the art of? But how often do your buddies flop down in y...
Brooks B. | Madison WI
(90)

View
Custom bookmark crafted from a Magic: the Gathering (MTG) trading card! Show your love of this collectible card game while reading your favorite novel. These bookmarks start as a standard Magic car...
Brooks B. | Madison WI
(90)

"Teaching computers / to make art with just some code. / It is what I do." I'm an artist who uses computers to make wonderful things. I love creating digital designs and animations, as well as crea...ting web services to delight, assist, and entertain. I'm well-skilled in design software (Photoshop, Illustrator, Premiere, After Effects, etc.) and developing in Javascript, Java, PHP, HTML, and CSS, with a bit of Python and Go thrown in for fun. I'm very much a geek at heart, so enjoy hobbies such as Magic: the Gathering collecting and playing, video game playing, and reading sci-fi and fantasy books.show more

Brooks Boyd is looking for: