Aww! Ngawang Lhendup has given 1 member the warm and fuzzies.

I am really found of social network to get connected and learn online. I am really exited to use sim I as it has lots of benefits to me that I can get help from the people who are perfect on his field when I am in need. On other hand I also learn what are the requirements that I need to learn.

Ngawang ( Project Manager)
I was born in the year 1987 the son of Neten Dorji and Mani Mo. My Father and Mother had 5 children and of the five of us I am in the middle. When I was young I used to go with my grandfather and grandmother to herd the cows. I enjoyed a lot playing and running behind the cows.

I was born in a poor family and my parents could not afford to give their children a good education because they suffered from weak health. Nevertheless I feel I am the luckiest one because I did get an education.

When I was 8 years old I went to study in a school called Rangthang Wong. Later this school changed its name to Tsenkharla Middle Secondary School. When I was a student I didn’t have a full uniform to wear because my parents couldn’t afford it and I used to get beaten by my class teacher. After school assembly was over they checked us to see whether we had come in full uniform or not and if we hadn’t then we were beaten on the back or on the leg.

I suffered this situation until I completed the primary school level and it was during these unforgettable years that I suffered for my education.

In the 2001 due to my family problems I had to drop out from school and then I worked in the fields.I worked with two oxen ploughing the fields. I worked with the oxen for two years and I also went to the mountain to collect bamboo to make the roof of our house. But it was still fun to go out and play with my friends.

After some time suffering this kind of farmer life I was beginning to regret dropping out from the school and I made up my mind to go back to school and study again.

In the year 2003 I went back to school and started my school life again. I continued to do work during my break time to earn the money I needed. Also while I was away at school my younger brother used to send me money. He dropped out of school when he was in the 4th Grade so after this he couldn’t continue his education. It is a great sadness for me that I can’t help him.

In the 2006 I completed 10th Grade but I didn’t have the opportunity to go to High School so I moved to Thimphu which is the capital city of Bhutan. I stayed with my two cousins (brother and sister) who were employees of the City Corporation. I tried my best to look for a job but I couldn’t find one.

Then I got the opportunity to go for 2 years vocational training to become an auto engineer. The date arranged for joining the training program was 5th August but until then I still didn’t have a job so I worked as a handy boy in the City Corporation for two months. But after 2 months I changed my mind. I decided to become a monk.

I left my job and on 15 July 2007 I became a monk. I studied Buddhist Philosophy for five years in the Sakya Monastic Institute. While I was at the Sakya Monastic Institute I suffered from a sickness which lasted for a few years and also I suffered from kidney stones. Then on 27th November 2012 my Mother passed away.This was such a great loss and I didn’t even have the chance to pay my respects to my Mother’s death body. It was a very sad part in my life.

I still remember my Mom caring for me and looking after us all even when she was very sick. Whenever I remember her I feel so sad and lonely and I wish she could be with me so that I could take good care of her.
I pray for her soul to rest in the heaven.
I have joined in the government service in the Royal Bhutan Airline company from 24th June 2013 as a supporting staff under commercial & Marketing Division. As of now I have gained 7 years working experience under same Division .

Therefore, I am always happy work in different sectors plus I always spend my time on internet. Due to all this development of technology we can learn many new things from online. 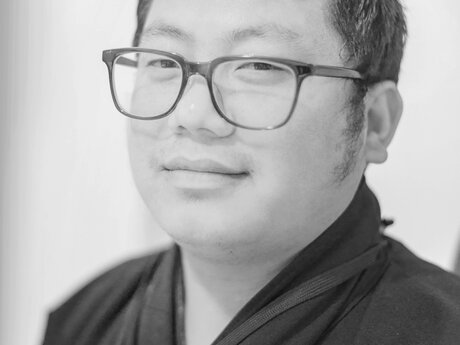 I am really found of social network to get connected and learn online. I am really exited to use sim I as it has lots of benefits to me that I can get help from the people who are perfect on his fi...
Ngawang Lhendup T. | Paro Paro
(7)
View

Oct 25, 2020
Working with Ngawang was great. Very knowledgeable in what he does. I look forward to possibly working with him again in the future!
Elton Cilliers

Oct 01, 2020
Ngawang was a keen student and listened intently to my waffling. Arrived promptly on time for the Zoom session. Thank you for choosing my service an...d I hope you found it useful Ngawang. show more
Jenn Danielson

Sep 06, 2020
It was wonderful to get to work with Ngawang - he is creating amazing work in the world and I am honoured to have been able to support that in some sm...all way through our coaching session. If you have the chance to work with him, he is timely and thoughtful and easily connects with the big picture of what he is working on. show more
Maria Prusakowski

Aug 31, 2020
Thanks for watching the video
Maria Prusakowski

Aug 31, 2020
Thanks for watching the video!
Maria Prusakowski

Aug 19, 2020
We started our work together well. I learned some beginning Dzongkha and I posted one test photo to the website. This was a good deal. :-)