I love meeting new people and sharing my gift and music with the world. I love the whole idea of bartering services. I'm native American so i appreciate the concept. Much love.

This Lakota/Dakota native american, for the last Decade he has graced the stages of numerous events from Denver to Las Vegas & even Miami to play Future Sound Of Breaks for the 2013 & 2014 Winter Music Conferences. A successor of, & influenced by Dj's Decibel, Roman, Sevamatic, & the late Konrad, the southern Colorado based infamous Breakbeat crew known as The Breakbeat Mafia . This young, up and comer had only been pursuing djing for 6 months before he was blessed, and asked to play his first major show at the Mishuaca Amphitheater in Fort Collins, Colorado. Quickly being picked up by several Colorado based production companies (Clockwork, S O B Productions, Lyrical Bliss Ent. & One Productions). Making waves, winning dj battles, most notably the Sub.mission Electronic Tuesday's battle series at Cervantes Masterpiece Ballroom and later to go on to win the winner's showcase as well. Consistently devastating dance floors, and slaying massive crowds, with the most powerful stage presence. Today Evasive has become a favorite in Colorado's urban electronic music culture. A performer and definite crowd pleaser, that will elevate your mind, and keep your body moving to fat eccentric blends of epic, in your face, heavy hitting genre's. Including Drum & Bass, Breakbeats, Footwork, and Juke. All together with that little taste of hip-hop flavor not to be underestimated. ;) 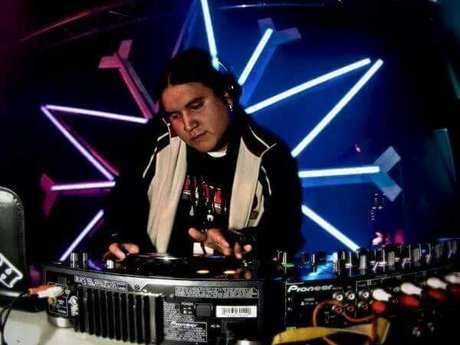 I love meeting new people and sharing my gift and music with the world. I love the whole idea of bartering services. I'm native American so i appreciate the concept. Much love.
Evi' R. | Denver CO
(N/A)
View

Dj lessons for a car