Excited to be able to help people in any way I can. This is a great platform to exchange your talent for a service with having money get in the way. So stocked to make this work.

Celebrity Stylist and Fashion Designer and Image Consultant. I have been in the Industry for 9 years. I have been published in Magazines spreads, Red Carpets, Personal Styling and much much more. I hope to be of some service to people out there.

From AZ to CA and everyewhere else from there.
With early aspirations in fashion, hailing from Arizona, Daniel Terrell had eyes from a cooler climate in California. Setting his sights on the bright lights of Hollywood, he made his way further west and eventually, his dreams into reality, infiltrating the Los Angeles fashion scene as a notable stylist and designer. And in a town where confidence is key and creativity is hard to come by, with the rise of Koco Blaq comes the belief,
"God's greatest creativity is my own individuality."
Koco Blaq's showcases his veresitility in his work as a stylist, designer, image consultant and branding agent in his current career as well as his past works as on short films, various award and television shows, as a host and set decorator to include:
Arianny Celeste Baptiste Giabiconi David Hasselhoff Dolvett Quince Far East Movement Jason Kennedy Jamie Lynn Spears Jamie Foxx
Jimmy Fallon Justin Beiber Lauren Bennett LMFAO
Mike Tyson Redfoo Joan Rivers
5 Star Day Finding Jacob Water Sings
Billboard Magazine Cosmopolitan Magazine Dub Magazine America’s best Dance Crew Amaericas Best Dance Crew European Music Awards Nichelodeon Kids’ Choice Awards Much Music Awards So You Think you can Dance American I 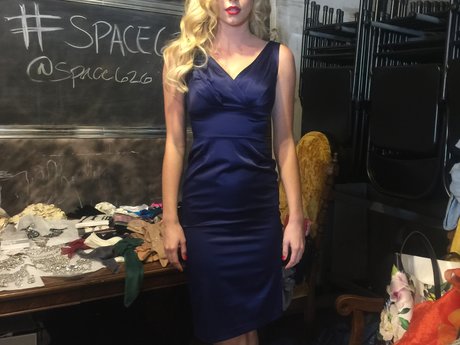 Excited to be able to help people in any way I can. This is a great platform to exchange your talent for a service with having money get in the way. So stocked to make this work.
KŌCŌ B. | Los Angeles CA
(N/A)
View

Jan 11, 2017
Kōcō is excellent! He goes above and beyond expectations with his service and quality. He's fun to talk to and is great at customizing his service to ...your individual needs. I'm excited to work with him again in the future!show more