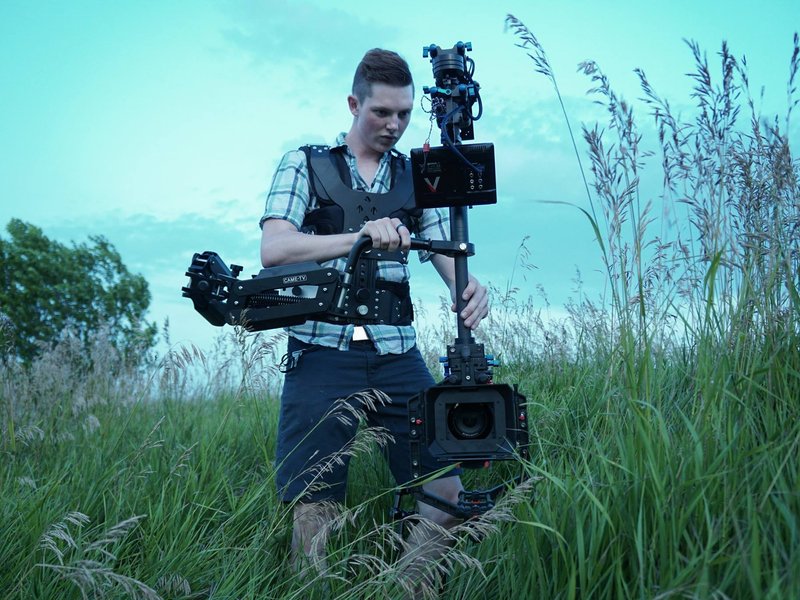 I will record video and audio for your event, concert, or production!

I have gear to do multicam shoots for live events as well as a shoulder rig and Steadicam to capture smooth footage for production work. My audio inventory includes an NTG3 shotgun mic for recording clear audio for interviews and foley and a pair of Royer R-101's that excel at capturing the nuances of stringed instruments and other live music.

Hey there! I’m Cooper. Do you have any upcoming projects that need video, audio, or photo work? For me, capturing sound and visuals is more than just a way to transport the viewer back in time to ...a certain event, it’s also about creating something entirely new that cohesively meshes with the fabric of the original content. Adding clarity, revealing motion, bringing the viewer’s eye and ear to a place that wouldn’t be possible in the real world, creating something that transcends the boundaries of what’s possible in real time or real space. I want to create a piece of media that not only shows off your work, but does so in a way that is a form of art in itself. Anybody can setup a camera and some mics and press record. I view it as my responsibility to never let a project turn into “just another video of a pianist”. I strive to achieve an end product that will captivate its audience and one you’ll be proud to show your clients, friends, and community.show more

Cooper Hansen is looking for: