I think existing approaches to currency are mostly flawed, and responsible for all sorts of economic difficulties. Self-generating currency like this has the potential to free up huge amounts of extra human interaction, and the real wealth that generates.

I experiment with accelerated language acquisition, and I'm co-founder and CEO of a language training company.

I mostly work from home, which is on the northern slopes of the foothills of Eryri in the north of Wales, where I'm usually interrupted by any one of two kids, two dogs and a long-suffering wife.

I like ambitious projects, new languages, Welsh learners and pottering around on the guitar.

I was brought up in a lot of different countries - I was born in England (my mother always claims that was an accident, and that she was on her way home to Wales from Gibraltar and ran out of time) - then lived in Wales, England, Germany, Portugal, Sri Lanka and Malaysia. I came home to Wales to do a degree in English, and then worked in Zimbabwe and Dubai before getting tired enough of sand to come home for good in my early 30s.

Having failed to learn any other languages well enough to have a real conversation, I then successfully learnt Welsh, met and married Catrin Lliar, and eventually made our way to this garden (plus small attached house). We're now bringing up our two children through the medium of Welsh, and spending most of our time helping other people become successful Welsh learners.

I'm particularly interested in what is achievable in very short amounts of time if you're prepared to push yourself hard enough. We've taken people from almost zero to genuine interactions in just 5 days, and our next aim is to test what is possible in 10 or even 15 days of the same amount of effort... 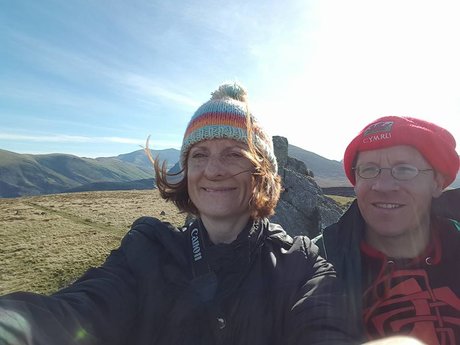 I think existing approaches to currency are mostly flawed, and responsible for all sorts of economic difficulties. Self-generating currency like this has the potential to free up huge amounts of...
Aran J. | Carmel Wales
(7)
View

Share
Sep 23, 2017
Very prompt, excellent deal, and I got more than I had expected! Thank so much. Now on to learn me some Spanish!
Sandra Bohn

Share
Aug 28, 2017
I thoroughly enjoyed working with Aran and his daughter! She is a wonderful student who always tries her best, and Aran is kind and friendly. I look f...orward to seeing more of them in the future!show more
Sandra Bohn

Share
Jul 03, 2017
Thanks for letting me teach your daughter! She is the sweetest thing! :)
Sandra Bohn

Share
Jun 26, 2017
Another successful lesson! She is getting so good! :
Sandra Bohn

Share
May 15, 2017
Sean's daughter is getting more confident and capable with each lesson. So glad to work with her!
Sandra Bohn

Share
Apr 17, 2017
Aran is very friendly and likeable. His daughter is very sweet and eager to learn more about her vocal instrument. I look forward to more lessons with... her! :)show more
Cara Bee

Services Aran Jones is looking for: