Aww! Alex has given 1 member the warm and fuzzies.

I aspire to live with an open-heart. I love being connected to others, without artificial constructs like money coming in the way. Rather than be limited by beliefs of scarcity, I choose to live an abundant life.

I am a human being with a big heart. I am a avid researcher of the human psyche and mysteries of the universe. I may never figure it out, but I enjoy being humbled and amazed by life and the universe. I enjoy intimacy, physical touch, embodiment exercises, healing modalities, plant spirit medicine, and all things esoteric.

I resonate with the archetype of the wounded healer.

I remember sitting under a tree in college breathing in the pain of the world: so many wars, abused kids, and tragedies of all varieties. “What kind of world do we live in?” my heart cried. I had been inducted into this culture and adopted its norms, lest I fail or be punished— but at what cost? I felt isolated. I wanted to live with an open heart, but had unconsciously locked it down instead. I searched from tradition to teacher to training, hoping to find a new way of being.

At first I searched the heavens, where they said happiness was. I meditated, hoping to find bliss. During my first seven-day meditation retreat, I cried tears of frustration because I couldn’t concentrate like I imagined that I should. Ironically (or not) the five minutes that were the most peaceful were also the most painful. While my mind was surprisingly calm, my back was burning with more pain than I’d ever tolerated. I allowed the pain, and then I felt more peaceful. I had found a key principle of healing, but did not yet understand it fully. After the retreat I had grown in wisdom, and had changed in some inarticulable way. I wanted more, and so I decided to prioritize meditation in my life.

I remember sitting through a ten-day meditation retreat feeling such intense pain in my body that I would start to pass out. It was as if my subconscious was activating any defense mechanism it could, just to avoid the pain. I asked the teacher what to do. “Stay equanimous,” she said. There was no lesson taught about healthy posture, no physical exercise, no emotional processing, and no chats about how these meditation sits affected my greater life. Today I value an integrated approach to healing that addresses multiple levels because I know the unnecessary difficulties that come when working with only one.

At one point I was living in a spiritually-oriented community which believed that greed, anger, and delusion caused the needless pain in our lives and in the world. There was a tendency to blame society and parts of ourselves, and separate from them as a result.

The rules at this monastery were very rigid, and we were encouraged to cut off our natural impulses and emotions. Ultimately though, the force of life flowing through me, with all its flavors of sexual desire, anger, sadness, and joy, was far too powerful to be held back.

Although I tended to suppress things at that time, that’s not what meditation is about. The gift of meditation is about staying present in the body, witnessing, and allowing. There is no need to judge or suppress what arises. It is as though we sit in a house and welcome each new thought or emotion. We ask, “And who has come for tea today?”

Once I allowed energy to flow more freely in my body, instead of blocking it with judgment, I had to navigate the tricky territory of discerning when it was helpful and safe to express my emotions. Our culture is not exactly welcoming of our full range of feelings. When I received negative feedback from others or feared that I would, I would shut down and try to control my emotions. Like a pendulum going from one side to the other, it took some time to find my own balance point as I practiced allowing my feelings without having to suppress or express them. I learned that flexibility was key. Sometimes it made sense to suppress my emotions for a short time until I found a safe place to feel or express them.

My religion flipped on its head: instead of trying to leave the Earth plane, I longed to become fully embodied. I was tired of being numb and alone. I wanted to feel and embrace both the pains and joys of being human. I wanted to unlock the core of my being, literally and metaphorically. It had been frozen by personal and collective fear for too long. Bringing loving awareness to each part of my body brought warmth that melted the armor of my heart. My ligaments and muscles loosened as the pain dissolved. As my physical structures regained flexibility, so was my emotional life rejuvenated. The bandwidth of my emotional experience broadened, and I was able to feel more deeply. 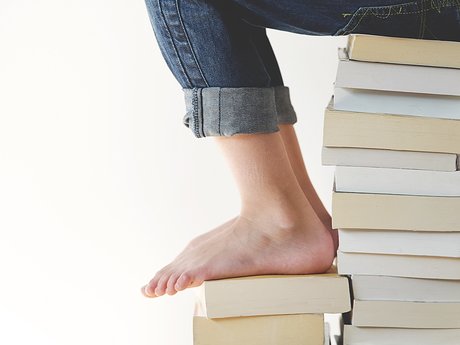 I aspire to live with an open-heart. I love being connected to others, without artificial constructs like money coming in the way. Rather than be limited by beliefs of scarcity, I choose to live an...
Alex G. | Seattle WA
(31)
View

Alex is requesting
Bodywork or Massage
I'm looking to receive or trade therapeutic touch with someone who is sensitive to the subtle energies of the body. I am not trained in massage, and you don't have to be either. I'm more interested...
Willing to pay 20 ● 31 reviews
I aspire to live with an open-heart. I love being connected to others, without artificial constructs like money coming in the way. Rather than be limited by beliefs of scarcity, I choose to live an...

Sep 24, 2020
It was a pleasure to share this practice with you, thanks for joining me, Alex!
Dirk Langenberg

Sep 16, 2020
Alex you're great to work with. You were very focused and kept breathing during the whole session. Looking forward in meeting again. Thank you for you...r given trust. In truth, simplicity and loveshow more
Bailey Horton

Apr 09, 2020
Alex was so open and receptive. Very easy to send Reiki. I hope he had a good experience.
Wendy Wing

Apr 08, 2020
What a wonderful experience with Alex! So easy to talk with and I feel as if I received great benefit from his perspective and easy conversation. High...ly recommend! Thanks Alex!!!show more
Evan Skallerud

Feb 21, 2020
Alex was clear and concise. He gave me everything I needed to complete the job. Happy to work with him.
Ian McKenzie

Ian provided unit of A Hallucination of Your Soul for Alex

May 08, 2019
Alex was wonderful to work with. Highly recommended!
Jen Gergen

Sep 08, 2018
Concise, direct, and easy to work with. Wishing Alex all the best with his website (and be sure to send me the link, would be happy to share with my n...etwork)! show more
Show more reviews

Services Alex Garver is looking for: